12s are District Champions, move on to Section 2 North Championship 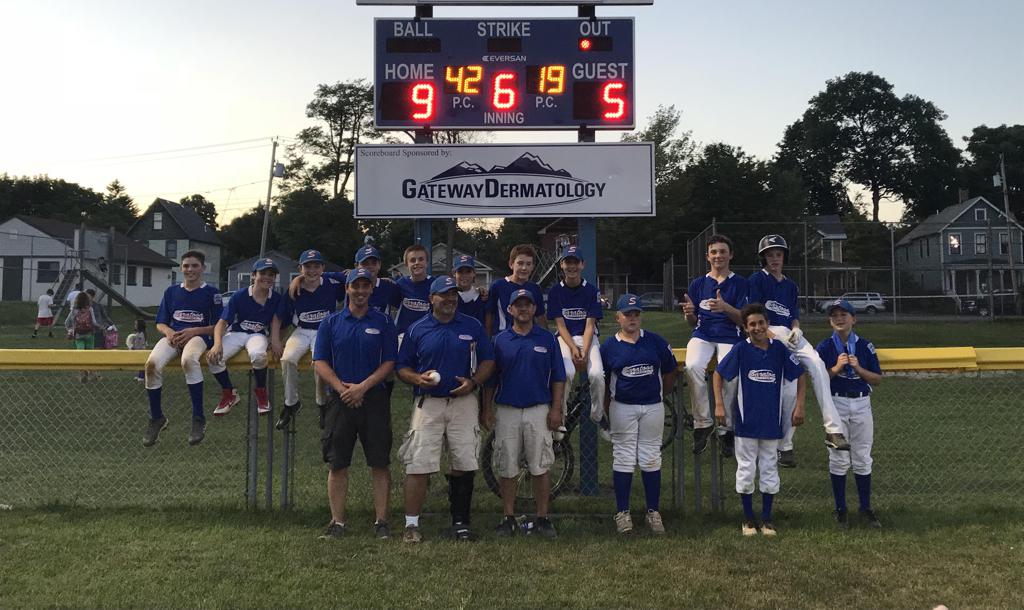 The 12s won the District Championship series Monday with a 9 to 5 victory over Rotterdam-Carman! They went into the bottom of the 6th down 5 to 3 and walked it off in dramatic fashion with an Owen Redick grand slam! The Saratogian covered the game, check out the article HERE.  You can also watch video interview of Owen Redick HERE.

They move on to play in a best of 3 series against either Marcy-Deerfield for the Section 2 North Championship and a State Tournament bid. It starts July 14th at home.