All 3 teams in the Elite 8, a historic year for SSLL 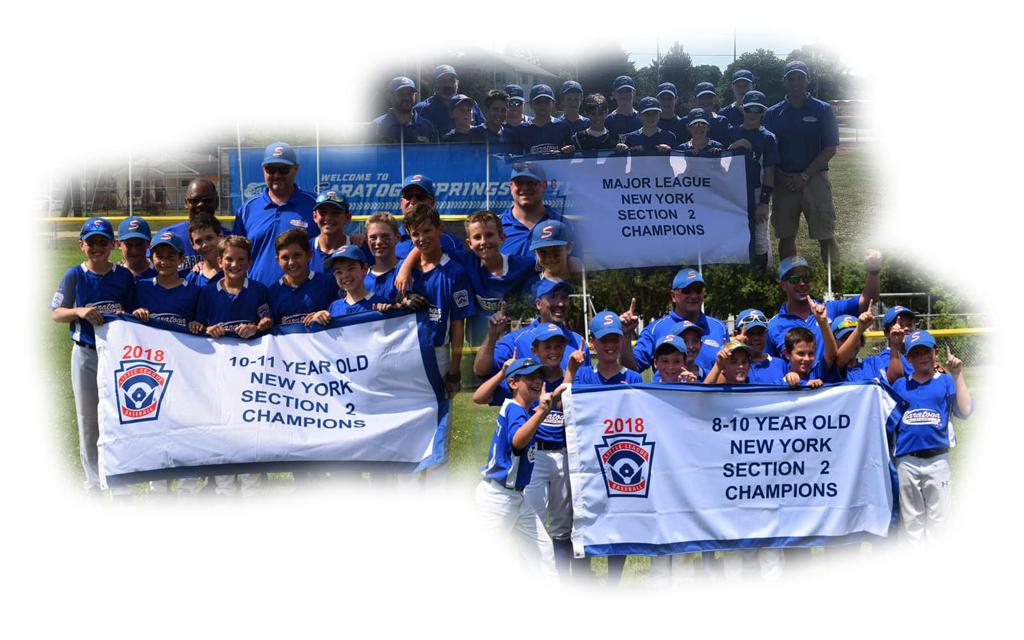 On Sunday the 12s, 11s and 10s all completed the sweep of their series to become Section 2 North Champions! All 3 teams now advance to their respective State Championship Tournament, the Elite 8. A truly historic accomplishment for SSLL to be representing in all 3 divisions!

The 12s went to Marcy-Deerfield and won 4 to 0, sweeping their series 2 games to 0. Michael Mack was solid on the mound pitching 6 scoreless innings and striking out 10. Aidan Eckley was outstanding behind the plate defensively and led the offense at the plate with multiple hits. John Ragle got the scoring started in the 4th inning with an RBI single and they opened it up with 3 runs in the top of the 6th. They now move on to the 8 team State Championship Tournament taking place in the Bronx starting July 24th.

The 11s played at home and defeated Plattsburgh 11 to 1 in 4 innings, sweeping their series 2 games to 0. Drew Stallmer started on the mound and finished on the mound, giving up only 1 run while striking out 4. Daniel Klochaney led the bats with 3 hits in his 3 at bats. Thomas McNamara, Ronan Rowe, Henry Parobeck and Owen Blaisdell also had multiple hits. They now move on to the 8 team State Championship Tournament taking place in East Greenbush starting July 21st.

The 10s played at home and defeated New Hartford 4 to 3, sweeping their series 2 games to 0. Down 3-1 in the 4th inning the offense delivered 3 runs to take a 4-3 lead. This 1 run lead was held down by a strong relief pitching outing by Elliot Moglia who recorded the last 6 outs of the game. Elliot was supported by an outstanding defense that made several high-pressure plays in the games last 2 innings. Jason Pescetti delivered a key RBI single and Elliot Moglia had 3 hits in the game to lead the offense. They now move on to the 8 team State Championship Tournament taking place in Guilderland starting July 21st.

Good luck to all these players and coaches as they prepare to compete for a State Championship.